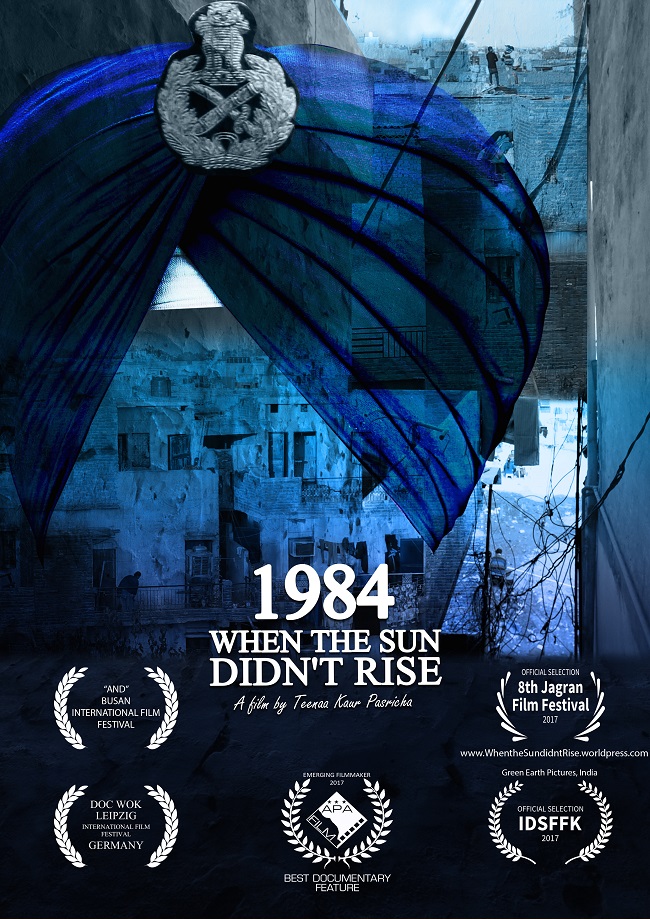 A National Film Award Winning documentary on the survivors of the Genocide of Sikhs in 1984 in Widows Colony, New Delhi

Every evening women from the Sikh Widows Colony bond and share their memories. They are nestled away from the so-called developed Metropolis New Delhi to a rehabilitated colony, which is infamously called Widows Colony. They lost their men who were daily wage earners in 1984 when almost 30,000 Sikhs were killed all over India by violent mobs after the assassination of Prime Minister Mrs. Indira Gandhi by her Sikh bodyguards.

Three decades later, a journey begins to connect with the women and children living in a Sorority and a ghetto of a kind to know their journey and impact of violence. The film is slice of life of three brave women who negotiate their memories each day to live and earn bread for their families while fighting for justice.